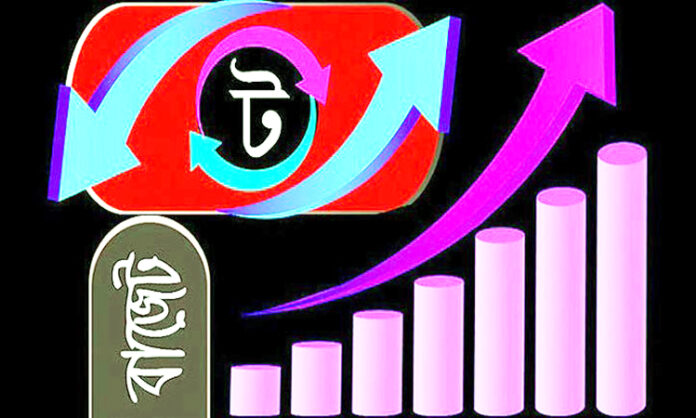 Farzana Sharmin: Budget is an annual data plan where estimated total Government spending and expected total Government income for the upcoming fiscal year. Most of the time, three types of budget noticeable in the world. Such as – balanced budget,surplus budget and deficit budget. When Government expenditure do not exceed revenue this budget is called balanced budget. This type of budget is not applicable for poor or developing countries like Bangladesh. Because most of the poor and developing countries infrastructure, transport and communication system are back dated. For increasing modern facilities in infrastructure , transport and communication system Government has a great working duties. On the other hand when revenue exceed Government expenditure in the budget is called surplus budget.This type of budget is not realistic applicable sometime for poor and developing nations. Because most of the people of these type of countries are not eligible for giving revenue. Sometime thos type of surplus budget is reasonable and applicable in a poor or developing countries where discrimination of wealth between poor and rich people is so high. For creating check and balance situation in national assets Government of these countries could be rise tax and vat. Beside that when Government expenditure exceeds Revenue in the budget is called deficit budget. In deficit budget Government take effective steps for increasing Government expenditure for the welfare of general people. In this time all type of demand remain drop in condition.For increasing demand of all kind of production, business GDP growth etc Government extend expenditure.At present covid-19 outbreak moment all countries either rich or poor have planned for making deficit budget.

Most countries in the world have been living with fear and anxiety for the cause of new dangourous Covid-19 disease .Most of the countries in the world have remained lockdown for safety of health. Without professional works most of the people have had lived their houses After two months living unwillingly in home, many people are coming outside. Bangladesh Government has also announced re open some business institutions ,shopping mall . All kinds of inter districts transport services and

Other businesses institutions will be re open gradually if affected rate and death rate of covid-19 patients would be being shrinking inside Bangladesh.

Government has taken right decision in this crisis moment.

But all the countries including Bangladesh have remained unstable financial condition now . All kinds of professional works have had closed for corona outbreak. So productivity of all sectors have being decreased.This is reality and normal in this moment . So most of the countries are planning for make deficit budget. Poor , developing countries even rich countries are praying for loan from I.M.F, World Bank, A.D.B.Many International organization have already granted money for these countries.Government of Bangladesh

is going to do better Budget plan by increasing Government expenditure.

A huge investment needed for running all financial sectors simultaneously .As like as Critical Minimum Effort theory of Economics in this time . The father of critical minimum effort theory was Economist Leibenstein. According to his theory there are two forces which influenced economy. One is shocks and another is stimulants.

Shocks is like negative energy. It has bad impact on the level of output income, employment and investment etc.It shrink all development forces.so shocks is not expectable .

On the other hand according to Prof. Leibenstein ‘s theory , stimulants is like a positive energy. It has good impact on economy.It raise productivity, investment income and development . In this bad situation of corona stimulate packages could encourage all kinds of investment development .Either rich or poor all countries have applied stimulants packages in their countries . In the past time we have seen when a country fall in a great depression for any reason when motionless situation being seen in all financial sectors like agricultural sector , industrial sector etc on that time Government can play a great role for save her motherland from unexpected famine, great depression. Any Government in this situation increase Government expenditure . They loan money from different International organization like IMF, ADB etc. For running different subsidy programs , stimulate packages and loan programs Government loan from those institutions and for A country can overcome depression period if she

could make a realistic Budget plan considering local and International situation . Side by side if they could properly utilize lending money running for investment , relief funds, different local loan and subsidy programs etc , this type country could be get economical progress defeating over proverty , unemployment and other problem etc.

Bangladesh financial planning commission is likely to frame an ADP worth 2.05 trillion for fiscal year 2021 registering a mere 1.0 percent growth over the outgoing fiscal .The size of the current fiscal’s ADP is tk 2.027 trillion.

For the covid-19 pandemic revenue income fell down and outlay of the annual development could be flatten .Government might be establish recovery plan and emphasis for spending more money on agricultural sector , mega projects and service oriented sector. Besides that Bangladesh is going to lending $500 US million worth of credit from The Asian Development Bank. The Government has been desperately looking for the budgetary support to offset the deficit which might cross 5.0 percent of the Gross Domestic Product in this fiscal year. (source- The Financial Express)

In this time Bangladesh Government ‘s deficit budget plan is realistic in local and the world perspective . Agricultural sector has been playing a great role in G.D.P growth from many decades. In this covid-19 outbreak they are not getting accurate price of their crops. We have seen many farmers in many districts have harvested a lot of watetmelon and other crops. But no one come for buying those crops. They are living a miserable life of proverty for loss in their business. Defence officials have brought rice from farmers for avoiding the upcoming risk of famine or great depression . We hope Government will be taken action in future for buying not only rice but also all kinds of crops

. Government will provided a huge subsidy measurement for agriculural sector in this fiscal year.

Government of different countries including Bangladesh are going to given different of stimulate benefit packages, low tax giving advantage for running business and other financial activities. If they properly utilize these stimulant packages advantages for the financial development and the welfare of our country, we will be seen positive impacts in all sectors of economy within 3/4 months. But if they don’t utilize those stimulant packages and other advantages for the welfare of our future economy and development in the country , moreover if they will involved corruption , money laundering and creating new discrimination between rich and poor by misusing power , the financial development of Bangladesh will going to be plunging in danger. Unemploment rate will be increasing. Demand for goods will be decreasing.

Enterprenuers will be decreasing production .Many workers will be lost their jobs . Production of goods will be going down. As a result food shortages problem will be rising . Criminal activities like robbery, hijacking etc rates of people will be increasing also for the lack of employment ,foods. People might be facing famine problem.This typeof bad situation is not expected .

Only not for Bangladesh but also the people of whole world country could be benefitted if different commercial institutions will not retrench their employees in a lame excuses and giving their wages properly. Moreover if investors or Enterprenuers will be created more new working places ,factories both agricultural , industrial and other sectors , Entrepreneurs and employers both side will going to be gainers. It will bring forward the financial development of the country .

Different allowances for the marginalized people should be being extended than past time during corona outbreak. In our country different allowances have been being running for many years like freedom fighters allowances, Old citizens allowances , allowances for helpless widow etc. But these allowances programs are not sufficient for the number of total population. General people of Bangladesh want Government will increasing allowances programs and other facilities in upcoming budget for unemployed people who are day labourers, and lost their job for corona outbreak .Many public transport workers like drivers helpers etc lost their their job and lead a miserable life for shutdown of public transport in this covid-19 pandemic time. These public transport sectors condition become worst . So for the development of transport sector Government will have allocated more money in upcoming budget for giving them allowances and lowest interest bank loan advantages in this year. Poor workers of different factories and industries work facing of dangerous risk of own health. Their working place condition is not good for health . Even the machines which they use mostly for manufacturing goods are not usable. For using those troubleshooting machinery instruments they might become wounded for ever. Many countries have provided health policies for low incoming workers. So general public of this country demand Government will have announced health policies for workers and allocated more money in the Budget of this year.

Farmers do not get the accurate price of their crops. Moreover they lending money or loan in highest interest rate. If they do not able to pay off their interest or debts , they are become poorest and weakest people like beggar for lost their little wealth in the cause of repaying debts. We have seen many farmers in other development countries committed suicide for their disability of pay off loans. So Government of Bangladesh will have announced agricultural policy for poor farmers in the budget of this year. Government will have allocated more money for allowances or extending lowest interest of loan facilities for unemployed people in the budget of this year. Because many unemployed people have been living miserable life for many years .Unemployed persons in many countries have been getting unemployed allowances for many years.So Bangladesh should follow them until the Government is being failed for providing working facilities.

Government will be given more attention of those hospitals where patients do not get proper medical treatment for lack of medical equipment , machineries like ventilators ,P.P.E etc. So Government should be allocated more money in the budget of this year for the welfare of health sector. 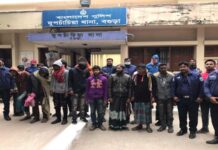 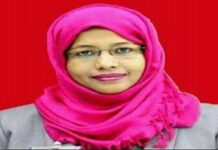 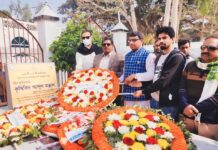 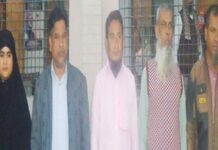 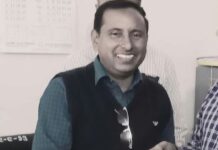 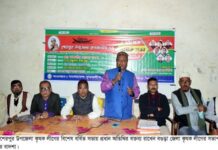 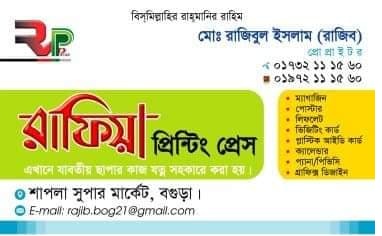